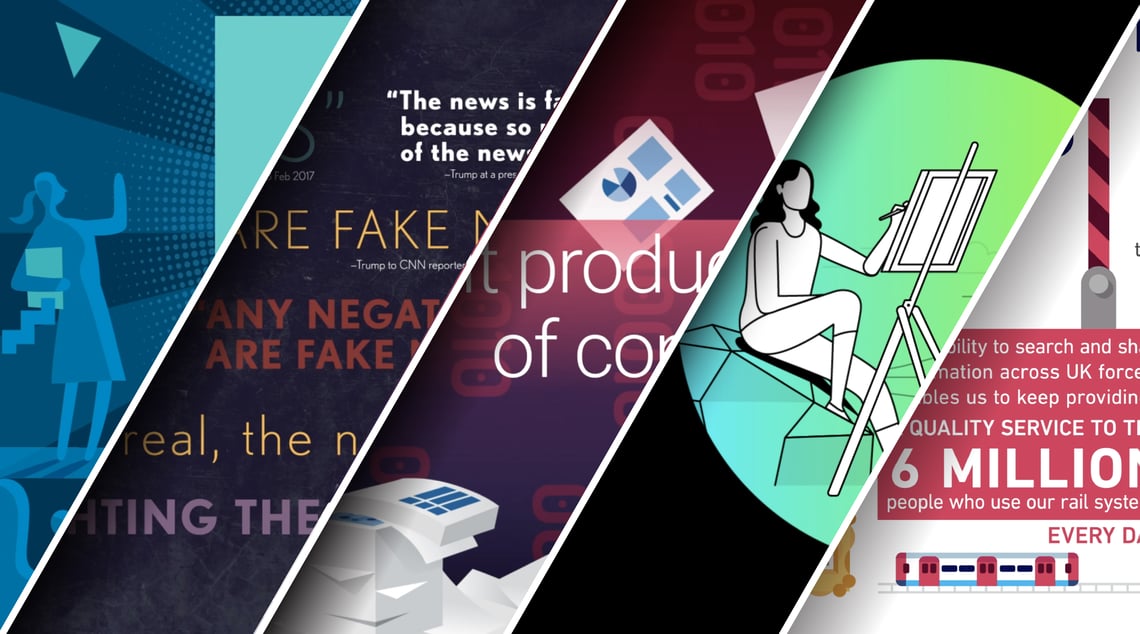 Spell it out... or don't—voice-over vs on-screen text

Most of the time, voice-over, commonly referred to as “VO”, is the driving narrative force behind videos–a mysterious guide that provides all the information a viewer needs while being bolstered by the visuals. While VO is not absolutely necessary, it is definitely something to consider when starting a new video project.

Voice-over helps sell a video in a number of ways–first and foremost, it sets the tone and gets the viewer into a certain mindset from the very beginning. When choosing a VO artist, tone is usually the most important consideration; video about climate change? Choose someone sophisticated and lower-energy to bring an honest, reverent feeling. Video about your favorite movie snacks? Fast paced and energetic. The tone is set from the opening visuals and the opening words, so the voicework should reflect the emotions the piece is trying to evoke.

However, videos don’t have to maintain the same tone throughout. Oftentimes a video about a heavier subject, such as mental health, can start more melancholy but become lighter and uplifting towards the end when discussing solutions and support. The voice actor should be able to convey any and all the tones in the video while managing a consistent feeling (i.e., not changing from solemn to full-on wacky over the course of the video).

If opting for VO, it’s the best place to start when considering a video’s pace. Again, this all goes back to the overall tone, so if the video is fun and lively, the VO should be a bit faster–this will maintain a quicker pace and help keep the viewer’s interest. If the video is more somber and thoughtful, you want the VO (and therefore, the video itself) a little slower so the words can really sink in.

Videos with VO can often be more visually interesting as well–since the VO is registering aurally, the animation can be more robust and focused as the viewer is trying less to comprehend the information with their eyes. When type is on screen, if there are other animations happening, the scene has to remain up longer to allow the audience to read and comprehend the words and see the animation happening; it’s difficult to watch things move and read text in a short amount of time.

Now, there are situations where using a voice-over is unnecessary. Large screens playing a video at a conference while attendees are mingling seldom need any audio, let alone VO, and there’s an increasing avoidance of audio on social media sites where videos autoplay as users scroll by. In these cases, it’s better to consider using on-screen text to get your information out there.

When creating text-based videos without voice-over, the largest consideration is time. Too many words in too short a time makes it difficult for the audience to keep up, which will cause people to give up on watching altogether. On the other hand, too few words on screen for too long will cause boredom, but the outcome of lost viewership is the same.

There’s no hard and fast rule to the words/screentime ratio, but on average, people can read one medium-length sentence in about 4-5 seconds, so a 90 second video might have a 275 word VO script, but only a 150 word on-screen text script.. Rewatching the video in realtime is going to allow for tweaking, and if the pace seems off, re-time it until the sentence being read is on screen for no more than one second after you’ve finished reading it. One more note: keep your transitions quick between scenes, as the time it takes the words to appear and leave the screen should not be counted toward the “time on-screen,” as it’s hard to read things that are moving.

We made a video recently that started as type on screen and was fully animated before the client decided they preferred VO. Due to the difference in timing between the two methods, it took considerable rework to tighten the whole piece. Timing is so important, and it all has to be just right for the story to be easily understood. Fortunately the design remained essentially unchanged and we added the VO over the type. It’s fascinating how much quicker you can read when someone is also saying what you’re reading!

In the end, it’s a case-by-case basis whether text is displayed on screen, and it often comes down to budget or personal preference. Both options have their advantages and all videos are different, so you should make the call based on the context in which the work will be viewed.

Artwork from various videos by Tremendousness.