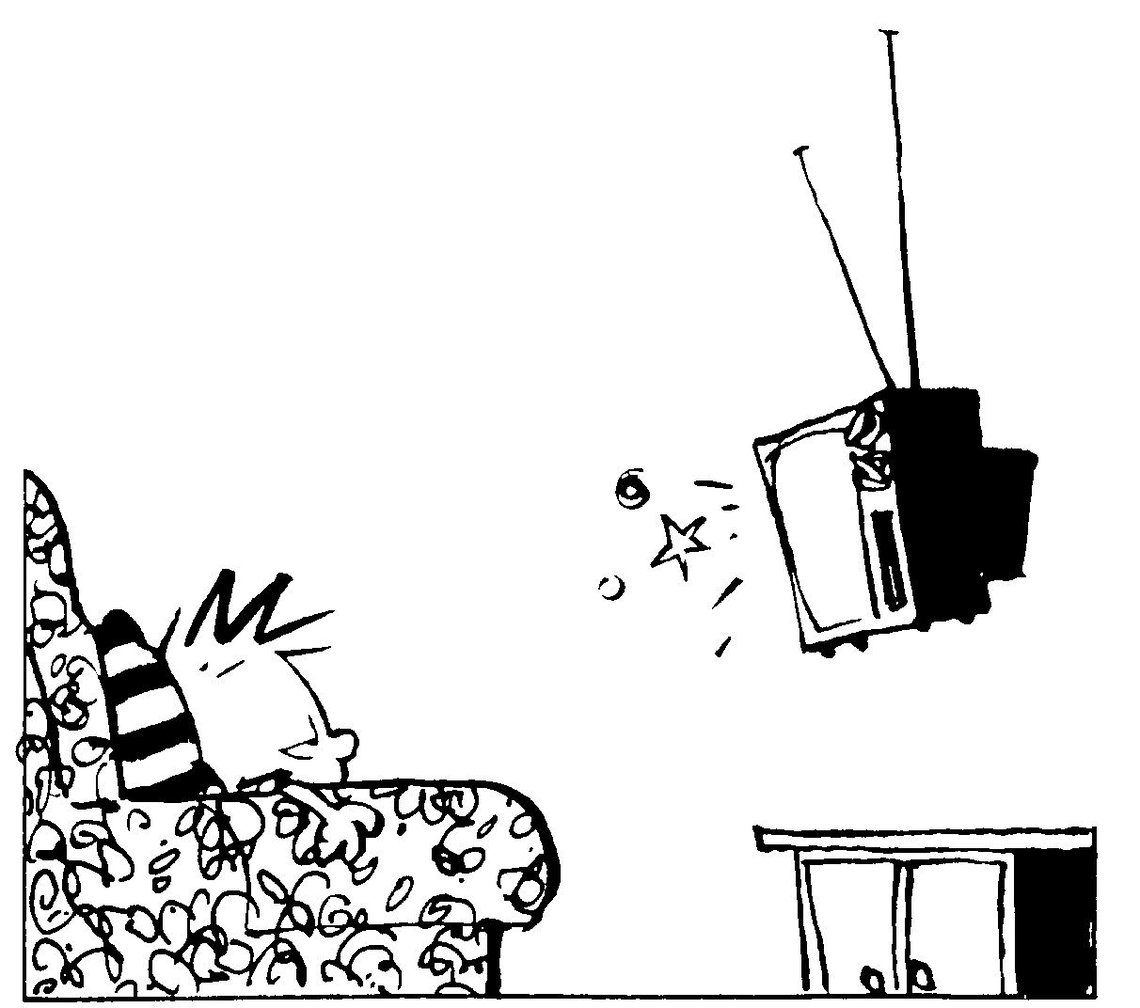 A good portion of my time at Tremendousness is spent drawing. And a lot of those drawings are of technology—in offices, homes, factories, you name it. This has led me to wonder about how changing forms in technology have influenced the way we represent them in drawings, both in a direct and indirect sense.

When I look at the design of technology over the years, I begin to notice a sad trend. Let us now bow our heads, and spare a moment of silence for the loss… of character.

I am being a bit glib, but I do mourn how the distinctive features found in old technologies have largely disappeared. It made (and still makes) drawing them fun!

In its nascent days, most pieces of technology were markedly unportable and unwieldy. The need to house various wires, switches, levers and cords led to odd, yet distinct, shapes. Everything was big and mechanical.

Take, for instance, the television set. When I was a kid, TVs tended to look like this:

Even without putting this TV into context, it already has personality. Aerials jut out from the top (often referred to as rabbit ears). The screen has a pronounced bevel. Knobs protrude from its face. A “hump” of sorts extends backward, home to the cathode ray tube that made displaying the picture possible. Quite singular in its design. Was it any wonder that Bill Watterson, creator of Calvin & Hobbes, often depicted these in such an animated fashion?

Over time, as with all technology, the television has been streamlined. The need for antenna mostly went away with the advent of cable. Knobs morphed into buttons, which in turn were either relegated to the side of the set or removed completely in some cases as remotes got more advanced. And the quest for an ever flatter, ever thinner, ever more expansive form has done away with the bubble-like screen. As a result, you end up with this:

Taken on its own, it says nothing, really—especially when shown as a simple silhouette or icon. It’s just a rectangle. If you were to attach some kind of personality to it, you might come up with “cold” or “unfeeling.” “Empty,” even. It doesn’t necessarily inspire much emotion or story. And in order to distinguish it from a phone or tablet, you need to add the stand at the bottom.

So how do you find the personality in this form? It really is dependent on the context.

I’m reminded of Maddy’s recent blogpost on drawing with charm. When tasked with drawing a TV on its own, it may be hard to find that charm. But with a bit of context, some character can find its way back in.

“Drawn Out” is an occasional series in which we look at how visual storytellers tackle different drawing challenges.