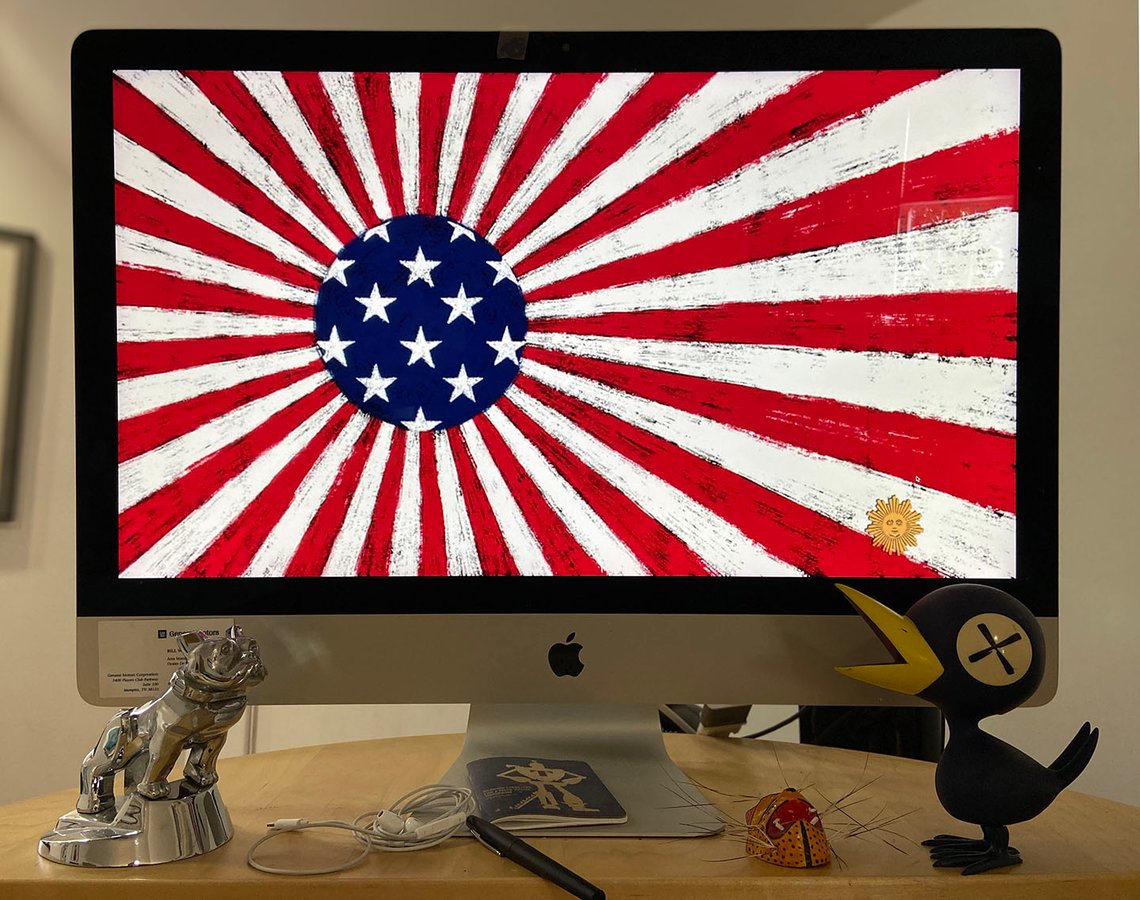 A sun for ‘CBS Sunday Morning’

I’ve long been a fan of the CBS Sunday Morning news show. If you haven’t seen it, each edition begins with a short summary of national and international news headlines and then moves on to longer-length segments on a variety of cultural topics. It’s been running since January 28, 1979. The program is marked by its distinctive "Sun" logo (at right).

Fans of the show have long been inspired to send in their own interpretations of the sun, which sometimes are on a piece of toast, a floral bouquet, or even graphic design submissions from high school art classes. Every time the show goes to commercial, they feature a piece of fan art that they feel ties in well with the corresponding story it’s following.

Here’s a feature about Jessica Frank, who for 20 years has handpicked every sun artwork that appears on the program—about 9,000 shining examples and counting. Because fans never know what stories will be running in the future, being featured is matter of creativity, serendipity, and timing.

Design and illustration challenges outside of work are a fun diversion and a great way to explore your creativity, so I decided to give it a shot and send in a few of my own. I created one I thought would be cool for a technology story, one that work well for younger kids, and one based on the American flag. I figured they were all fairly universal and that the flag interpretation might be used for something patriotic and folksy—maybe something around the July 4th holiday. It was created digitally, but in a way that feels like paint or chalk.

I was surprised and thrilled that my flag art aired on January 10, 2021. The show opened with a recap of the week’s headlines—most notably the march on Capitol Hill and the ensuing riots. They closed with footage from September 9, 2011, showing legislators on the Capitol steps singing “God Bless America” and then crossfaded to the art I had sent in just six weeks ago.

I hadn’t expected the art to be associated with tragic events, but am proud that Jessica emailed to say, “It's an absolutely perfect ender to a very powerful piece.”