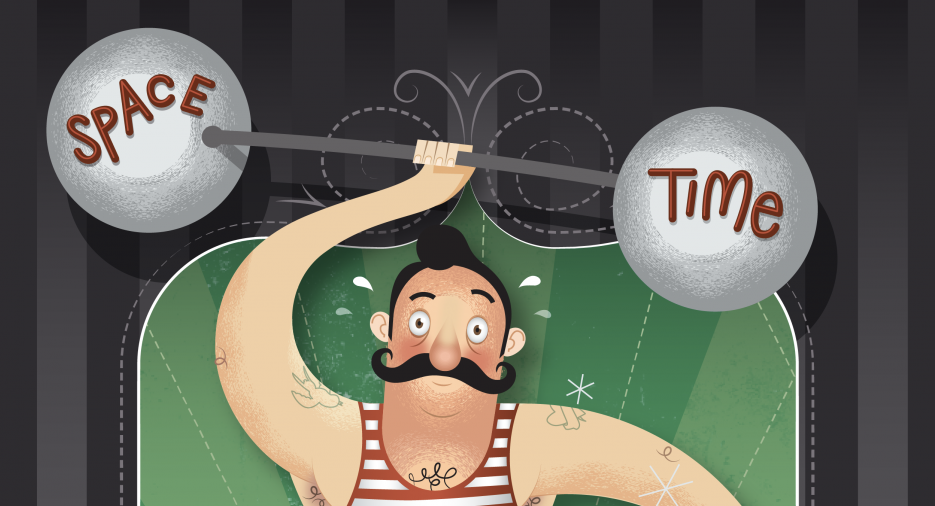 Creativity is a muscle

I’m more often than not labeled as a “creative” (yes, the noun version). Being an illustrator and designer and storyboard writer (to name a few roles I) I’m expected to bring a consistent level of creativity to my work. Early in my career that expectation stirred fear in my belly. What if I lost this magical gift of creativity? What if my well dried up with my youth? I found myself staring down the barrel of a middle management career path mostly void of what I found to be my truest enjoyment.

So I swam in my fountain of youth and a decade and a half later find myself  marveling that I feel more creative than ever. While youth and inexperience definitely brought a certain raw enthusiasm, at this point I’ve honed my creative muscle into an efficient processing system. And I did so without much conscious effort.

I don’t think what I did was a secret. You can Google "how to be creative" and find some fascinating articles. Books, too. My colleagues have written one on the importance of bringing creativity into the business atmosphere. Just know that creativity is not a talent that is simply inherited—it’s a muscle that must be constantly exercised, flexed, expanded, challenged, nurtured.

These ideas will get you started.

Get the environmental factors right

John Cleese has a great talk about creativity that highlights the critical environmental factors: the physical (and metaphorical) space to have an open mind, time (blocked out) to let the process happen naturally and unrushed, and confidence to allow you to embrace being silly or illogical so you can let go of the fear of failure or being wrong. It’s about “playing” with the concept with no particular outcome in mind. All of this is balanced within the structure of a deadline. Even if it's a personal project, you need accountability for progress (at the very least), with the aim of getting it done. Really.

Turns out that creativity isn’t about a natural ability, but people that are naturally inclined to let those factors come together are often tagged as more creative. A lot of designers and illustrators take flak for having foosball and pool tables and well-stocked mini-fridges in their studios. People say it makes us look like slackers. But that "taking a break" time (often called procrastination) is a critical part of the creative process.

Finding a way to take off the pressure of jumping straight to an answer is key. We meet with clients all the time and run through seemingly nonsensical exercises that ultimately prep the brain to fire in different ways than normal. Heard of an "Icebreaker"? It's a popular tool of facilitators for good reason. It creates a feeling of openness, of handing the car keys and steering wheel to some other part of the brain. Letting someone else drive allows you to enjoy the scenery and can trigger ideas you can't see when the blinders of a looming deadline and the emptiness of a blank page unnecessarily confine and distract you.

Let’s acknowledge the discomfort that exists in the space between the confrontation of a problem and the finding of the solution. We become desperate for a resolution. But don't hold too tightly to those first conclusions; the best, most creative solutions often come after you've worked through the findings of the initial thinking. Jump past your early, brainstormed concepts—no matter how well formulated they seem—and give your ideas space and time to marinate into something better.

My favorite art director made it a point to shoot down my first idea. Always. If it wasn't a complete kill, the concept would be so wounded it would have to be reconfigured—inevitably into something better. Often this happened against my will and I’d grudgingly appreciate at the final outcome. As frustrating as it was to hear that my first (brilliant) idea was going to require more work (and then more work), the reward in the end was usually much greater than my own personal ego.

Some of the most inspired inventions and solutions happen outside the studio, lab, classroom, or office. These “epiphanies”  occur during walks, in traffic, in that time between dreaming and waking... not while you're staring at screens and printouts.

Creatively stumped? Get out of your element (if you're reading this you're halfway there!) and step away from the screen.